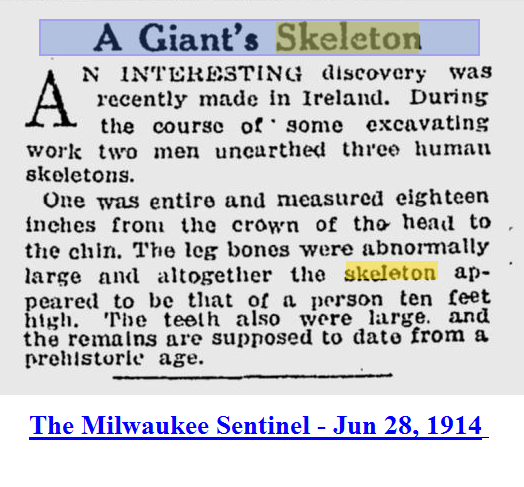 An interesting discovery was recently made In Ireland. During the course of some excavating work two men unearthed three human skeletons.

One was entire and measured eighteen inches from the crown of the head to the chin. The leg bones are abnormally large and altogether the skeleton appeared to be that of a person ten feet high. The teeth were large, and the remains are supposed to date from a prehistoric age.

Different measurements were given which help to verify that there was not a measuring mistake.

So we can rule out that this was a normal size individual, the terms “human” and “person” should leave out any doubt that this skeleton was anything else but human.

Another confirmation is the ability to cross reference three skeletons. This would weed out the possibility for mistaking the identity.