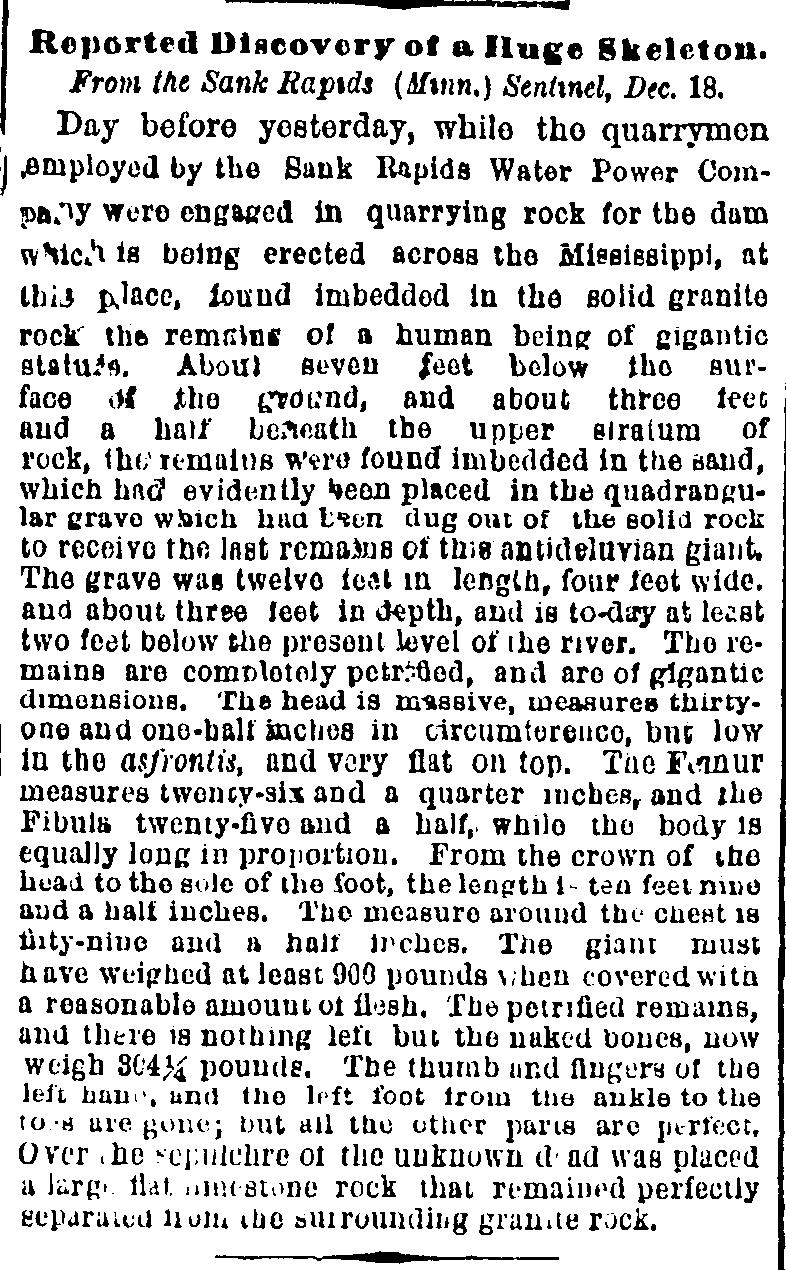 Reported Discovery of a Huge Skeleton.

From the Sanks Rapids (Minn.) Sentinel Dec. 18. Day before yesterday, while the quarrymen employed by the Sank Rapids Water Power Company were engaged in quarrying rock for the dam which is being erected across the Mississippi. at this place, found embedded in the solid granite rock the remains of a human being of gigantic status.

About seven feet below the surface of the ground, and about three feet and a half beneath the upper stratum of rock, the remains were found embedded in the sand, which had evidently been placed in their quadangular grave which had been dug out in solid rock to receive the last remains of this antideluvian giant. The grave was twelve feet in length, four feet wide, and about three feet in depth, and is to-day at least two feet below the level of the river. The remains are completely petrified, and are of gigantic dimensions.The head is massive, measures thirty one and a half inches in circumference, but low in the asfrontis and very flat on top. The femur measures twenty-six and a quarter inches, and the fibula twenty-five and a half. while the body is equally long in proportion. 10 Feet Nine inch Skeleton

from the crown of the head to the sole of the foot, the length is ten feet nine and a half inches. The giant must have weighed at least 900 pounds when covered with a reasonable amount of flesh.  The petrified remains and there is nothing left but the naked bones, now weigh 364 1/4 pounds. The thumb and fingers of the left hand, and the left foot from the ankle to the toes are gone, but all the other parts are perfect. Over the sepulchre of the unknown dead was placed a large flat limestone rock that remained perfectly separated from the surrounding granite rock.