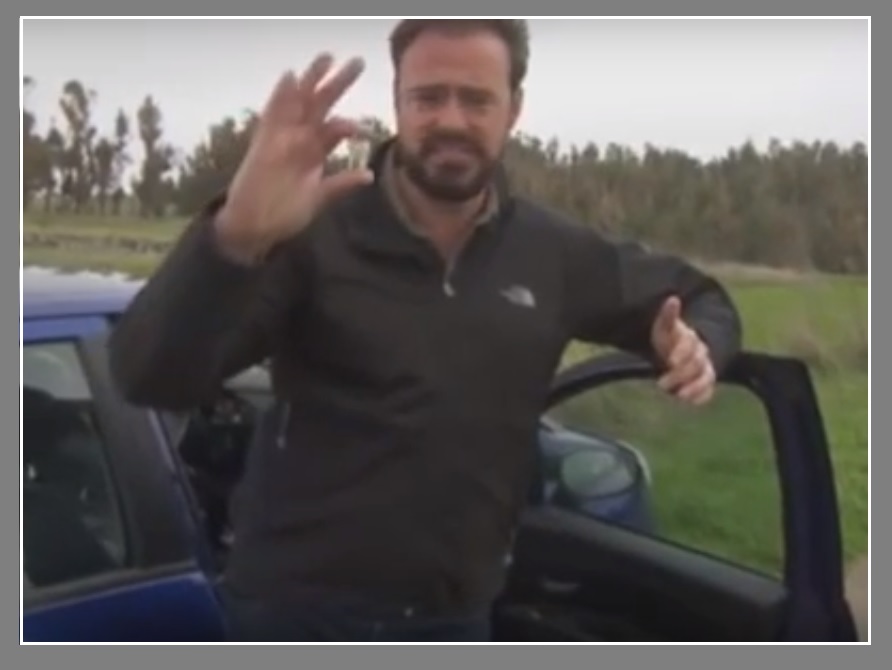 A purported Giant Tooth from the show “Forbidden History”. This is a 2014 series that was based in the United Kingdom. The tooth was featured for only a minute. The giant tooth is accompanied by the megalithic archetecture.

“To give you an idea of just how sensitive this issue is, with the locals. We had an interview with a farmer. Who said he had some bones to show me, but when we showed up he refused to give the interview. He said he’d been warned of talking to us. We’re not sure by whom or why, but he did give me this, . . . which he claimed is a giant’s tooth.”

. . . and later claims he misheard, but will make the correction.

the dentist could be correct in identifying the piece of bone with the teeth as being human. He was correct in stating that normal molars are 20-25 mm in length (supported by studies such as this: http://www.ncbi.nlm.nih.gov/pubmed/15376468). His measurements of 30 and 35 mm are slightly larger than the upper end of the normal range and could be a case of the abnormality, Macrodontia, where one or more teeth are larger than the usual.

Someone with the knowledge or correct contacts could possibly compare his measurements to the dental records of a deceased or living extremely tall person or in lieu that, perhaps take measurements from skeletal remains such as that of 8’1″ Julius Koch whose skeleton resides in the Museum of Natural History in Mons, Belgium.

In the end, even if we find that tooth length increases as body length increases, we are still left asking “So what?” It doesn’t prove it belonged to a Nephilim. After all, we have quite a few recently deceased or living people that are normal in most respects except for their extreme height around that “two meter and half” mark.”

The tooth is officially peer-reviewed by a dentist, an expert in human teeth. The bone is identified as human as well. It is important to note that the tooth is said to be “outside the upper range of humans”, meaning that it is indeed larger than any modern tooth, all modern teeth. The tooth is said to be from a person more than 8 feet in height. These extrapolations are always way short. Lets compare it to the teeth of Robert Wadlow 8 foot 11 1/4 inches, and you will find that the tumored pituitary Wadlow falls short.