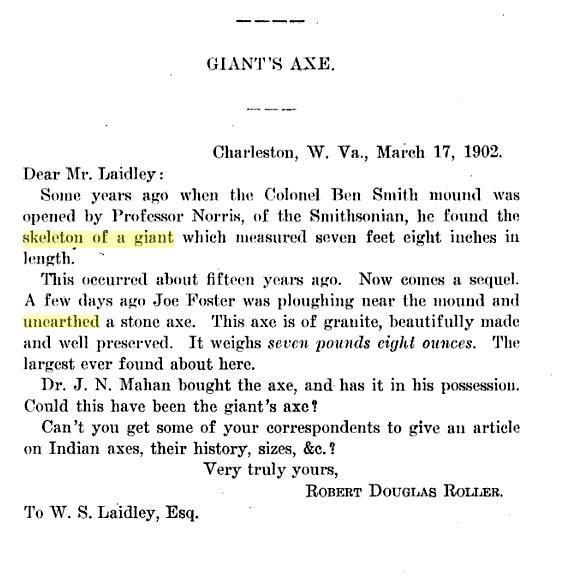 Charleston, W. Va., March 17, 1902. Dear Mr. Laidley: Some years ago when the Colonel Ben Smith mound was opened by Professor Norris, of the Smithsonian, he found the skeleton of a giant which measured seven feet eight inches in length.

This occurred about fifteen years ago. Now comes a sequel. A few days ago Joe Foster was ploughing near the mound and unearthed a stone axe. This axe is of granite, beautifully made and well preserved. It weighs seven pounds eight ounces. The largest ever found about here.

Dr. J. N. Mahan bought the axe, and has it in his possession. Could this have ben the giant’s axe?

Can’t you get some of your correspondents to give an article on Indian axes, their history, sizes &c. ?
Very truly yours,