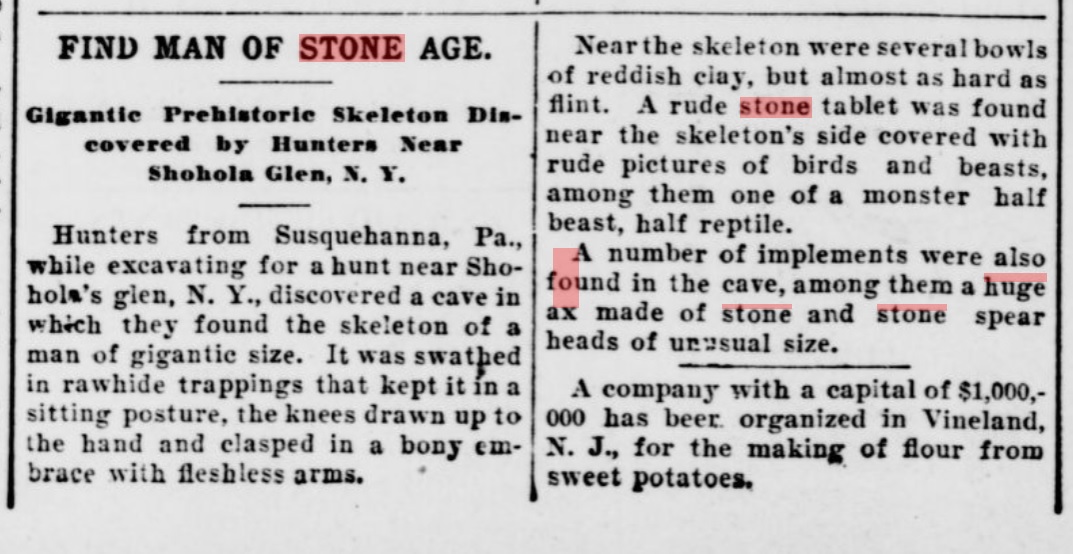 Near Shohola Glen, N. Y. Hunters from Susquehanna, Pa., while excavating for a hunt near Shohola’s glen, N. Y., discovered a care in when they found the skeleton of a man of gigantic size. It was swathed in rawhide trappings that kept it in a sitting posture. the knees drawn up to the hand and clasped in a bony embrace with fleshless arms.
Near the skeleton were several bowls of reddish clay, but almost as hard as
flint. A rude stone tablet was found near the skeleton’s side covered with
rude pictures of birds and beasts, among them one of a monster half beast, half reptile.
A number of implements were also found in the cave, among them a huge ax made of stone and stone spear heads of unusual size.