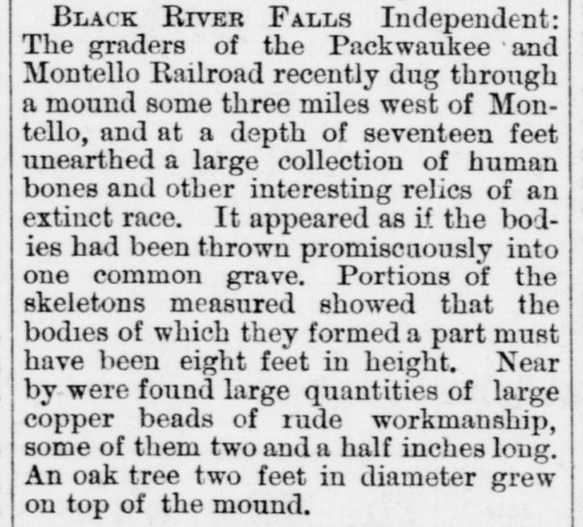 The graders of the Packwaukee and
Montello Railroad recently dug through
a mound some three miles west of Mon
tello, and at a depth of seventeen feet
unearthed a large collection of human
bones ami other interesting relics of an
extinct race. It appeared as it the bod
ies had been thrown promiscuously into
one common grave. Portions of the
skeletons measured showed that the
bodies ot which they formed a part must
have been eight feet in height. Near
by were found large quantities of large
copper beads of mde workmanship,
some of them two and a half inches long.
An oak tree two feet iu diameter grew
on top of the mound.