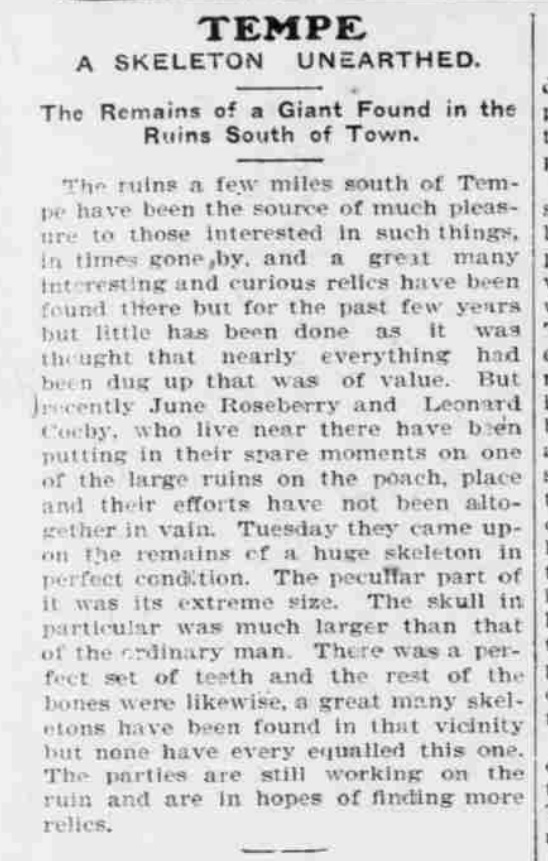 The Remains of a Giant Found in the
Ruins South of Town.
Th ruins a few miles south of Tempi-
have been the source of much pleas
ure to those interested in such things,
in times gone, by, and a great many
interesting and curious relics have been
found there but for the past few yenrs
but little has been done as it was
thrught that nearly everything1 had
been duff up that was of value. But
Jn cently June lioseberry and Leonard
Cut-by. who live near there have b?e-n
putting in their spare moments on one
of the largo ruins on the poach, rlace
and their efforts have not been alto
irthor in vain. Tuesday they came up
on tjie remains cf a hu?e skeleton in
perfect condition. The pecuTTar part of
it was its extreme size. The skull la
particular was much larger than that
of the ordinary man. There was a per
fect set of teeth and the rest of the
bones were likewise, a great many skel
etons have been found in that vicinity
but none have every equalled this one.
Thf parties are still working on the
ruin and are In hopes of finding more
relics.