East St. Louis, Nt. – Human bones, believed to have been those of sixteen mound builders, were found in East St. Louis on Tuesday by workmen who were digging an excavation. One skeleton was walled up in a stone tomb eight feet high. It was that of a man apparently seven feet tall. When the stones were removed the skeleton fell to two pieces. Buried under seven feet of earth near the base of this ancient tomb were the skeletons of fifteen men, all above normal height, they were seated in a circle about the tomb. 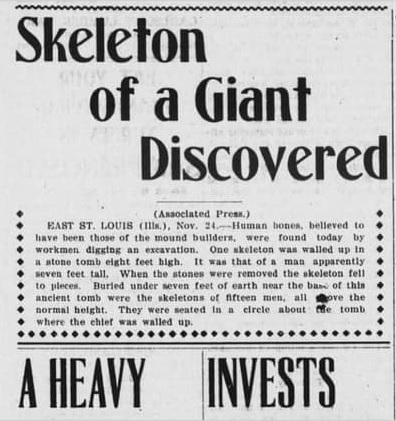