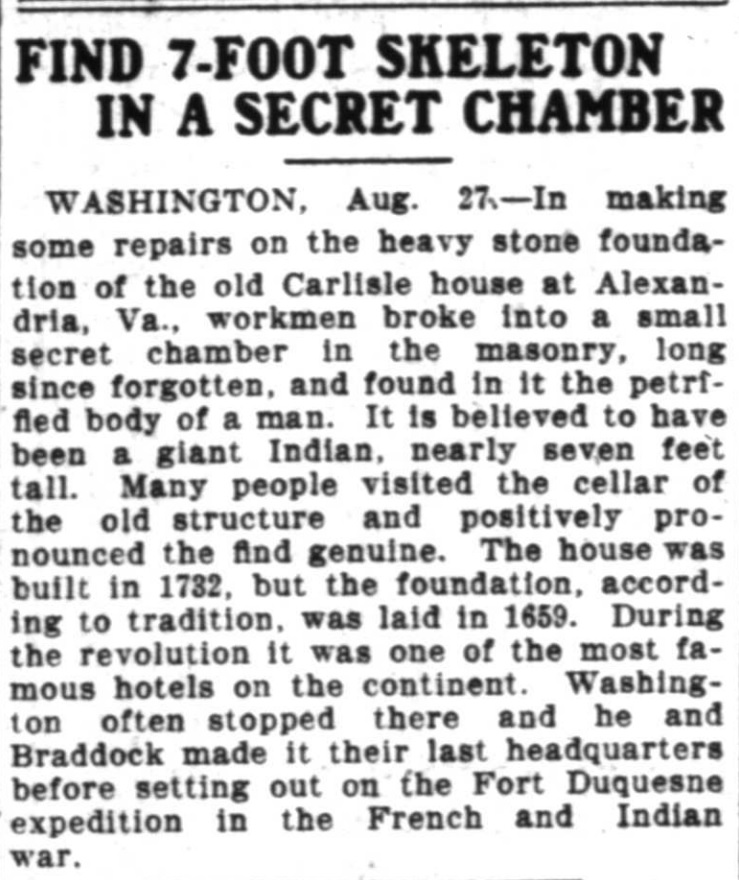 FIND 7-FOOT SKELETON IN A SECRET CHAMBER WASHINGTON. Aug. 27x In making some repairs on the heavy stone foundation founda-tion of the old Carlisle house at Alexandria, Alexan-dria, Va., workmen broke into a small secret chamber In the masonry, long since forgotten, and found In It the petrt-fled petrt-fled body of a man. It Is believed to have been a giant Indian, nearly seven feet tall. Many people visited the cellar of the old structure and positively pronounced pro-nounced the find genuine. The house was built In 1732, but the foundation, according accord-ing to tradition, was laid in 1659. During the revolution it was one of the moat famous fa-mous hotels on the continent. Washington Washing-ton often stopped there and he and Braddock made it their last headquarters before setting out on the Fort Duquesne expedition in the French and Indian war.