Alameda County – Skeleton Of a Man At Least 8 Ft Tall 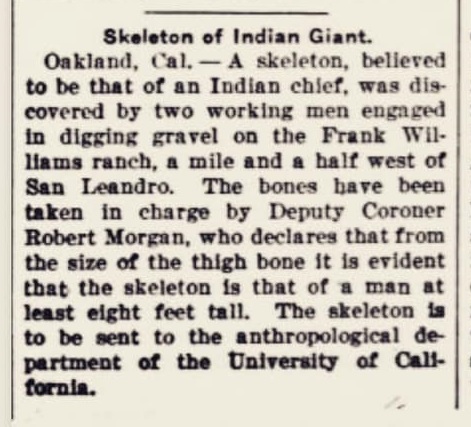 Oakland Cal. – A skeleton, believed to be that of an Indian chief, was discovered by two working men engaged in digging gravel on the Frank Williams ranch, a mile and a half of San Leandro. The bones have been  taken in charge  by Deputy Coroner Robert Morgan, who declares that from the size of the thigh bone it is evident that the skeleton is that of a man at least eight feet tall. The skeleton is to be sent to the anthropological department of the University of California.